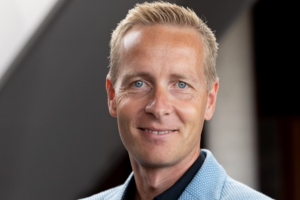 After qualifying as a clinical physiotherapist (1999) and
completing several clinical exams, Morten was granted the
title of specialist physiotherapist in musculoskeletal
physiotherapy (2005) and sports physiotherapy (2006). But it
was not until 2010-12 he made an entry to academia when he
joined the multidisciplinary Master-of-Science in Pain:
Science & Society at King’s College London (UK). From
2015-19 Morten did his PhD in Medicine/pain at Center for
Neuroplasticity and Pain (CNAP), Aalborg University. He is
still employed as external lecturer at Aalborg University.
Having spent more than a decade as
clinician, teacher and business developer he
decided to focus on improving national and
international pain education based on the
International Association for the Study of
Pain (IASP). Most recently, he was
appointed vice-chair of the European Pain
Federation’s Educational Committee and
has been involved in the development of the Diploma in Pain Physiotherapy
and underlying curriculum. Currently he is overseeing the developments of
similar programs in nursing and psychology. At a national level Morten has
been appointed to several chairs and committees including the Danish
Medicine and Health Authorities and the Danish Council of Ethics. He has
co-authored a textbook on pain, and written several book chapters, clinical
commentaries and peer-reviewed basic science articles on pain and pain
modulation.
Morten is regarded as a skilled and inspiring speaker and he has been
invited to present in Europe and on the american continent. He is also a
prolific debater and advocate of evidence-based and patient-centered
approaches to treatment in general. Morten is motivated by his desire to
improve management of chronic pain, reduce stigmatisation of people with
‘invisible diseases’ and to bridge the gap between clinical practice and
neuroscience research in relation to pain.